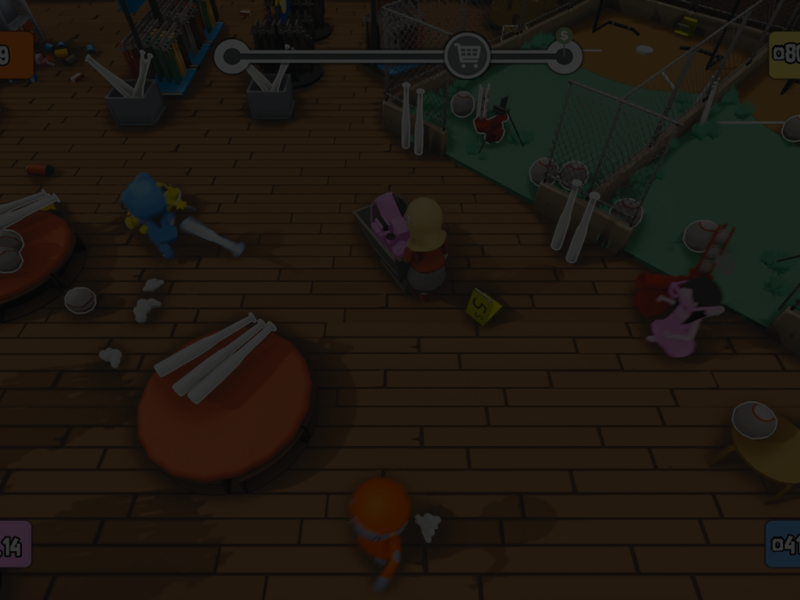 A gameproject made in Unreal in coorporation with Alluyn Aäron, Cotman Sam, Geens Andries, Verstraete Simon.

Store Revolt is a fun and ridiculous ragdoll physics party game . All you have to do is get together with your friends, plug in the xbox controllers and just play around! The game is supported for 2-4 players and requires controllers at this phase.

in Store Revolt you spend your time throwing valuables in your mom’s cart, while sabotaging your siblings who are trying to do exactly the same! Being irresponsible here is rewarded, as the entire level turns into absolute chaos thanks to our state of the art physics. In the end, only the most wastefull player gets to take home the victory! Make sure to pass by the clothing booth to customize your character!.

The game features local multiplayer up to 4 players, full player customisation, an intractable menu that acts as a training ground and currently features one level. The goal of our team was to create a co-op party game that was accessible and easy to play by anyone of any age, we accomplished this by focusing on a readable art style, understandable mechanics and intuitive controller keybindings..

Do you want to try this prototype? Click this button to go to the download for Store Revolt! Store Revolt